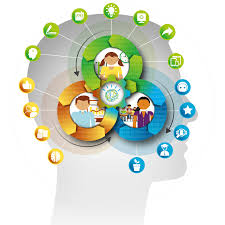 With the rise and growth of civilizations in the ancient world, the need for transmission of knowledge and information also increased. Gradually, it became important to record the accumulated knowledge and experiences, so that these could be preserved for transmission to the subsequent generations. This process was, however, very complex, and consequently the need for writing also started to be felt.

Gradually, the firsthand everyday experiences of men began to be recorded. In order to teach these skills of reading and writing to the people, the school was invented. What followed next were teachers, scribes and priests.

Every civilization has contributed to the growth and development of education in its unique way. The ancient Babylonians and Egyptians were the first ones to introduce the methods of learning and memorization while the Greeks on the other hand, were the first to introduce science and philosophy to the world. They used their mythological Gods, demons and other figures to explain world phenomena. The ancient Indus valley Civilization and Chinese Civilization also made significant contributions in the fields of medicines, mathematics, astrology and spirituality.

An educational crisis emerged in the middle ages, and there was a desperate need among the locals to gain knowledge and education. This led to a wave of intellectuality in the European Society, which is known as the Renaissance Period. The Renaissance paved the way for modernizing the society with the knowledge that it provided. Writers and poets turned to their ancient texts for inspiration, and revitalized them to make sense in the present scenario. It was during the Renaissance that the scientific, social, intellectual, literary and spiritual enrichment of the people began to take place. Some of the greatest personalities who have significantly contributed to the growth of education in various fields also lived during the Renaissance. These include people like Leonardo-da-Vinci, Sir Isaac Newton and Galileo Galilee, who contributed to the society’s development by enlightening it with their knowledge and experience.

After the Industrial Revolution, the modern education started effectively and in full swing. This was the early nineteenth century England, when a scientific wave swept all of Europe and America. Important scientific discoveries and inventions began to take place extensively, which led to breakthroughs in the society. This era also witnessed an improvement in the means of transmission of information, communication and transportation.

Ultimately, after the introduction of the internet, everything has changed. With the popularization of smart phones and space age technology, the next generation education has knocked on our doors. Nothing is now as it was before, and humankind is slowly witnessing the growth of another realm of education, that will soon unfold before all of us.

This article was written by an assignment expert from MakeMyAssignments. For more such blogs and discussions on these kinds of burning issues, visit the blog section of the website and feel free to share your valuable opinions with us. We also provide excellent assignment writing services to students all across the globe to make sure that they score well in their exams and can find excellent jobs for themselves later on. Our assignment services are reliable and affordable, and will go a long way in helping you achieve your long term goals!

How Proofreading is different from Copywriting?

All the assignments and academic writing projects have one thing in common, and that is…

College dropouts who made it big!

How to improve your Academic performance?

Students often think about how they can improve their daily academic performance for better scores,…