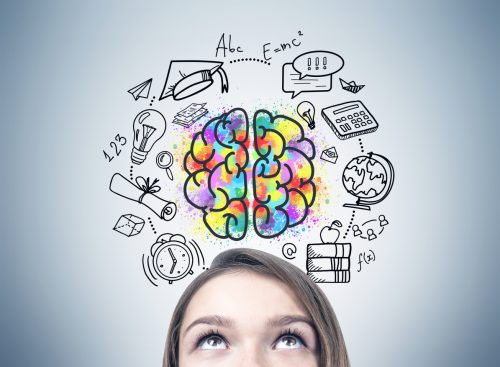 Millions of kids out there, begin their academic career being all excited about what new things they’ll learn at school and classrooms, and soon they get disillusioned with the conceptions that make them differentiate between smart kids and others. This is because the society we live in, majorly our parents and school teachers give out the wrong message to their kids that talent is something ‘inborn’ – you either have it, or else you are deployed off all the societal benefits constructed by the people.

Mathematics, for example, is something that most students are anxious about. Their fear of learning things and concepts in math impact their inner ability to learn. The fact here is that the societal norm pushes our brain fixation towards the myth of ‘we simply don’t have the aptitude for certain things and concepts,’ which is not only scientifically inaccurate but also omnipresent for being a part of our disillusionment. It negatively impacts the system of our learning and acquiring education; leading to an adversely affected life and major personal events.

According to science, learning can happen at any stage of life, but this truth has not been dispersed out yet in classrooms. Even some of the misguided conceptions in society lead to the extension of racist and sexist opinions, like mathematics is only for boys and that they are better at learning calculations; many girls are already informed about this notion at an early stage, interfering with their true ability to learn and succeed in life. This is where the disparities of gender bloom out, and all the other sexist and racist aptitudes are given a raise.

Then how does our mind actually helps us to learn?

Whether you are a math-phobic or fear to learn the concepts of physics, or even worry about some other impediments that obstruct learning, these tips will surely help you to learn things easily and create a new mindset towards life.

Your brain keeps changing and is quite adaptable to new things

Every time we try to learn new things, our brain forms, strengthens its abilities or connects itself with neural pathways. This means that no one can stop you from learning, and there’s no limit to what you can learn. At school, when students get divided based on their abilities for some group projects, this can lead to the worst-case scenarios ever produced in the classroom, inculcating inappropriate results that the teacher would ever desire. Instead, what they need to do is make a group of mixed-ability students, so that each one of them gets the opportunity to learn something new from that project and even from their fellow companions.

Embrace your struggles, mistakes and failures in life

Students are commonly made to believe that the right answers on their test sheets show their ability to learn and adapt. But when the students actually practice to face difficult things – the problems that just go beyond their normal abilities – is the time when their brain works, even more, harder to imprint new knowledge and skills. This also makes them more knowledgable for their future endeavors. Well, if they keep on practicing the same thing which they already know, it would do no good for them; instead, it would hamper their ability to learn and to focus on things when brought under difficult conditions. When teachers praise students for practicing difficult things and to the struggles made for some project, they actually get the capability to endure new things quickly.

Change your beliefs about mind

Well, if you try to change your mind about yourself, you’ll surely get some positive results depending upon the nature of change. This will eventually change the working of your brain and body as well, as per some experts and researchers. For example, the ones thinking about ageing soon would experience a cardiovascular event in their near future, regardless of their initial age, health, race and many other factors. The same goes on for the concept of learning as well. If a student is made to think the fact that being smart at school is more important than initiating effort, they might get less motivated to learn in future.

Apart from just focusing on the fact that knowledge isn’t fixed and that you need to develop some efforts and perseverance for that, it’s also important for you to find new strategies for learning. Multiple approaches work benevolently towards creating engagement in many brain areas at once, and this communication further creates an ailment for learning. Even the ones weak at math can enhance their performance by gathering unrelated knowledge and skills.

So, it’s not your brain that limits your abilities to learn things, its the misconceptions posed by the society that hampers the process of learning. Stop yourself from bothering to such disillusions in life, and try to focus on giving mere attention to your brain activity and healthy intakes towards learning.

What are the causes of gender inequality?

Some common part-time jobs for students

This one blog is a must read for all the students, as it contains an…