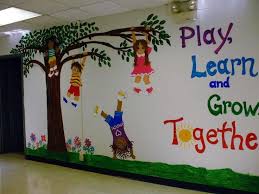 The schools in Baltimore recently made it to the headlines, and not for a good cause! Apparently, the leaking windows and the outdated heating system of the schools forced the students to snuggle into their overcoats and jackets in order to stay warm in the freezing weather. Sadly, this is nothing new or uncommon. Such pieces of news always keep making their rounds, and no sooner is one forgotten, that another such humiliating incident occurs. Detroit school buildings were infested with rats in 2016, and this episode created similar hue and cry across the entire nation. In fact, studies have revealed that approximately 14 million students all across the country attend schools that are in need of extensive repair work and/or a complete replacement of the building, while nearly two-thirds of all American schools have at least one part of the building that requires replacement or at least extensive repairing.

According to estimates made by the federal government, repairing the damaged school buildings and looking into the maintenance that has for so long been ignored or postponed would alone cost $200 billion! It is, however, not an issue that can be ignored, nor can the huge cost that would be involved in the process justify abandoning the project altogether. After all, the deteriorating school building conditions are a national problem, and are greatly affecting all students, especially those in the low-income communities, who are not in a position to raise funds for the repair, modernization and time-to-time repair of the school.

Thus, it is easy to conclude that school infrastructure projects are a wise investment to make, since school buildings that have been carefully planned and built, and are being maintained regularly can easily last for up to 50 years. This will facilitate the development and growth of the students, and lead to positive outcomes. A safe and comfortable school building is a pre-requisite to the holistic development of the students. It is only in these conditions that the children can be comfortable, and can thus learn and grow to their full potential. On the contrary, when schools have poor air quality, are unable to maintain a comfortable temperature, are poorly lit, lack ventilation and fresh air, or are cramped up; both children’s health and learning are drastically affected.

In the light of these events, it becomes excessively important to create national school infrastructure programs that will serve the dual purpose of updating the outdated and crumbling school walls, and also create job opportunities in the local community.

How is such a program to be implemented, so as to ensure that its execution benefits the targeted schools, and also serves the society at large at the same time? First and foremost, a national database on the conditions of the school facilities would have to be prepared, which would itself serve to provide thousands of jobs across the country. Secondly, the government would have to make sure that the majority of the funding would have to be targeted towards the schools that have the highest need for this grant, while the remainder can be set aside for low cost bonds. Consequently, such a plan would allow even the neediest of schools to come to a state of good repair, while other schools would be in a better position to modernize themselves and serve the students better. As an added bonus, for every billion dollar that is spent on the programme, thousands of direct and indirect jobs would be created, which would last for the entire lifetime of the program.

The fact that states face persistent budget shortfalls cannot be undermined either, and in such a scenario, finding ways to fund a new policy can be quite difficult. States can retort to some creative methods to fund the ideas, and ensure that they do while keeping in line with the progressive values of the state. One such measure is to reduce the population in the prison, and to thus correct the spending that goes in this particular area. More than $80 billion in U.S. tax dollars is spent annually on the corrections system, and these funds would do a much better job if invested in public schools. In order to find ways to redirect their funding from prisons to schools, policymakers of the state would have to work to reduce the prison population. The Brennan Center for Justice has estimated that 4 out of the 10 people who are presently in state and federal prisons present little or no public safety risk. The state policymakers can think about having them released, or reducing their sentences, to save a total of $20 billion each year.

These and many more ideas are available for the state to expand  and work on, so as to generate more and more funds, and then use them for a noble cause. It now depends on the lawmakers and policymakers to put on their thinking caps and make the best possible use of the resources at hand.

A comprehensive guide on ‘Debating’

Common Grammatical Mistakes made in Assignment

Assignment writing is one of the most important tasks for students, so when it comes…