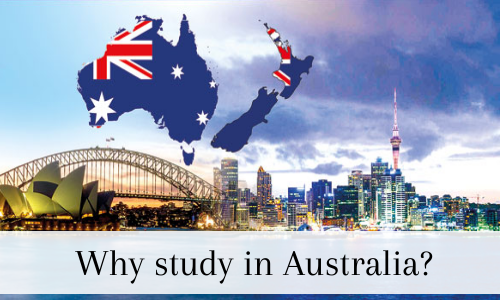 Each city has its own significance and places to explore. There’s an endless number of the list for things that one can learn from these places at an individual level. Australia is no such exception for it. Its scenic beauty and cultural heritage is what makes it a magnificent place to visit and alluring enough for people to witness prettiness. Australia is known to be a country as well as a continent that is surrounded by the Indian and Pacific oceans. Some of its major cities include Melbourne, Sydney, Canberra, and Brisbane. Australia is known globally for its Vast Interior Desert Wilderness called the Outback, Sydney Opera House, and also for the Great Barrier Reef.

When people think of Australia, they usually see the wide-open spaces of outback bush, koalas, kangaroos, clean air, and water. This country has much more to offer than the usual expectations. Many international students choose to study in Australia because of its laid-back nature, friendly behavior, excellent education system, and a high standard of living. For many students, Australia represents a better study destination than other popular alternatives like the US and the UK.

Talking about Australia from an education perspective, currently, the country makes the top three most popular study destinations in terms of international education, amounting to over a half-million overseas students only behind the US and the UK. Most of the international students prefer Australia for their further studies because of its friendly nature, cultural diversity, and exceptionally high quality of teaching and methodology. The diverse community of students at Australian universities and colleges will be like meeting the whole world in a single place. 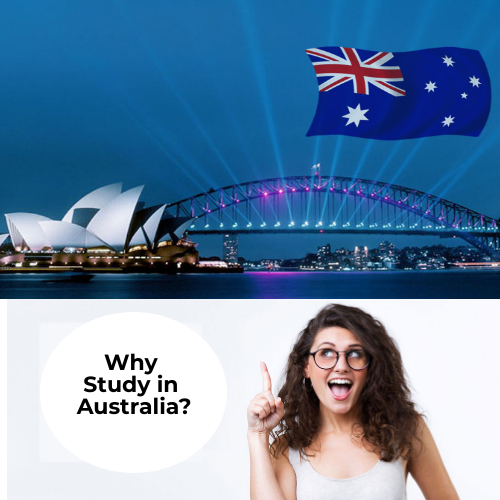 Adding more to this, Australian universities offer more than 22,000 courses across a range of 1,100 institutions. Australian universities are also said to have fantastic staff, which counts for its excellent professors. This country also ranks the eighth position at the Universities 2012 U21 ranking of National Higher Education Systems. These features offer an incredible source of indicators for the quality of education, knowing that the country has only 23 million citizens. But this doesn’t end here; there is a lot more than this to Australia!

Apart from this, Australian universities offer a rich scheme of programs and courses for international students. Therefore, a student can always find a program that will suit the best to his interests and desires and help him improve his knowledge in the field. Facilities like modern classrooms and laboratories can be found in almost every university in Australia to provide support to student’s education. For the ones looking to use all the advantages of research activities, Australia tends to be the best place for them.

As a student, you might seek professionalism while you think of pursuing further studies, and this adds to your topmost priority list. The country, here, gives you the most credible and qualified resources for completing your studies. As people often say, when you have the best at your hands, you have to give the best for it. Many different opportunities might await you, but you have to perform well in order to gain the capability of attaining all the pre-defined goals and objectives.

Another most important point that adds to Australia’s attractiveness is the fact that compared to other study destinations, it comes with a cheaper price tag. All the academic expenses, including the tuition fees and accommodation rent, are, to a certain degree, more affordable than countries like the US and the UK.

There are a variety of reasons as to why you should prefer studying in Australia.

The Australian degree is considered to be one of the most recognized ones, by almost every school and college around the world. Students who graduate from Australian universities and colleges are offered the highest paid jobs and are also most sought after due to the commendable reputation of the Australian Education system.

Australia’s living standards are considered to be the highest in the world. The cost of living in Australia, including tuition costs and living expenses, are considered to be low as compared to others. Students are also provided with opportunities like scholarships to lower their cost of studying. Students can even work for a part-time job while studying in Australia.

The institutes and colleges in Australia offer a wide variety of courses and degrees to students to choose from. Students are said to make a decision for their preferred selection of school depending upon their desired course and field of study.

One of the most appealing aspects that Australian universities offer is the emphasis on the scientific approach. This country is considered to be at the forefront of new technology and innovations. International students who study in Australia can take considerable advantage of the country’s technology and resources.

International students in Australia are allowed to work up to 20 hours a week. This offers a great opportunity for students who are willing to earn money during their stay, and for the ones who want to gain experience in their field of study.

Writing an academic paper is not an easy task. It requires the student to have…

Kindergarten is the first time when a kid learns to stay away from his/her parents,…