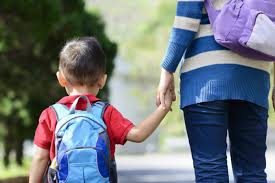 The world is dynamic and ever-changing, and so is everything that is comprises of. In such a scenario, it only makes sense to even keep the education system up-to-date. After all, it is education that shapes young adults, creates everlasting impression on their mind, and helps them to grow into responsible, civilized and erudite adults.

Taking a step in the right direction, the concerned authorities and institutions have been proposing new ideas and policies now and then. Now, these plans and goals are diverse and very different from one another, but at the end of the day, their final motto remains the same: to revolutionize the education system, and to do so in such a way that the maximum number of children can be benefitted from it.

One such proposal to this effect was the suggestion to switch to a 9 to 5 school day, so as to better fit the needs of the parents, and make the process of educating their child easier for them. The current school schedule is completely different from the conventional job timings, which makes it extremely difficult for working parents to balance their job and work life alongside their child. 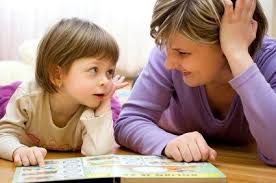 As of now, the average school day lasts for about less than seven hours, and typically ends at around 3 p.m. The average workday, however, works on a completely different clock. Consequently, parents are forced to make some tough choices with respect to their income, involvement in their child’s life, and their ways of caring for their child. To add up to this woe are the problems that are faced by parents in their respective offices. Nearly half the working parents in USA complain about not having any forms of flexibility in their work schedule, while almost 40 percent of all workers do not have the luxury of a paid vacation time.

Sadly, public school schedules are not based on these factors, but on a traditional and out fashioned system that works on the two-parent, one-income household model. The states and the federal government should thus think about aligning the school day with the work schedules for the betterment of both the child and the parent.

According to studies conducted by the Center for American Progress, which arrived at certain conclusions after analyzing the largest schools in the country; schools on an average shut down for 29 days each year, and these off-days do not include the summer recess. Even this short a break is 13 days longer than what the average private sector worker is getting as a paid leave. This means that not only do parents have to leave their children in unsafe daycare; but they also face many gaps in caring for their child, since children tend to get a lot of school vacation, professional development days as well as after-school time. Thus, parents are not only burdened with increasing the cost of childcare by being forced to send their children to daycares, but at the same time, their economic productivity is greatly reduced when they take time off from work, or opt out of full-time employment to accommodate their children’s schedules.

It cannot be argued that extended days and after-school programs provide a myriad of opportunities to students, by indulging them in enrichment activities, art education, sports and other physical training, as well as real world learning. All of these aspects are not included in the regular school day, and thus after-school care is not a horrible thing, or something that will have a negative impact on the child. In fact, a lot of parents cannot even afford to educate their child privately, and access to after-school programs will greatly improve academic performance and classroom behavior, and also reduce dropout rates and drug abuse. Unfortunately, only 45 per cent of all public elementary schools offer before and after school care services, and low-income schools are especially less likely to offer these kinds of programs. In fact, out of a 100 children who live in communities of concentrated poverty, only 24 can participate in an after-school program, even though 56 of these students would enroll themselves in the program if it becomes available to them.

Keeping all of the above raised arguments in mind, it is the duty of the federal and state governments to work to better align work and school schedules. However, it must be borne in mind that the teachers are already burdened by a lot of responsibilities, and are bound by time constraints themselves, and thus they cannot work for several extra hours a day for nothing in return. If school schedules are to be altered, one would have to sit and think about new and creative uses of time, money and human resource. Teachers who are willing to work for longer hours would have to be compensated, and thus the federal government would have to release larger funds for these programs.

Proper execution and implementation of these policies will go a long way in integrating the school and job schedules, and hopefully revolutionize the entire education system for good!

How to ace public speaking?

Public speaking is an important quality for a leader to possess. You might think that…

Essay writing is an essential part of academic life, and it comes in many forms…

Mathematics is the single most hated subject on this planet, where millions of students complain…