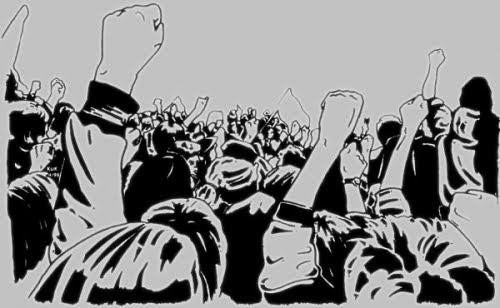 Politics has always remained a hot topic for debate, and many people find it interesting. Not everyone can be a good politician as it requires a person to be a keen strategist and hard work in the initial stage. Politics has always remained one of the best career options for students, and that is why some students start taking an interest in politics from their young days, and by the time they reach a mature age, they are already well-established politicians.

The Merriam and Webster dictionary of English language defines politics as ‘the art or science concerned with guiding or influencing governmental policy.’ At first, it seems interesting to know that the youth of a country is interested in the politics and they look forward to making a successful career out of it. But sometimes, the aggression displayed by the youngsters is too much that it is hard to accept the rebellion nature at such a tender age. I like to read about world politics and enjoy seeing the active role of the youngsters in the politics of their respective countries. But the world has changed a lot lately, and the way politics works have also changed drastically.

All the latest trends in the contemporary politics are not bad. In fact, the role of social media in the politics cannot be ignored. These days, Twitter, Facebook, Quora, etc. are used widely by the political activists to highlight the issues and generate a lead in the elections or to influence the people. Due to its mass reach, social media has become the favorite tool of the political activists to showcase their work, and the general public also follows them religiously. Social media have also bridged the communication gap, and now common people like us can easily connect with our local politicians and share our concerns with them. Hence, the technology has played a constructive role here as well and has awakened the youth, who are ready to adopt revolutionized techniques to show their support or anger towards the political movements.

One global event that has been witnessed of late was the mass criticism of Donald Trump when he was elected as the President of the United States of America in 2016. Though the people of America have voted for Trump, when he won, Americans could not accept it. I have read an article today in the newspaper, which prompted me to write about this topic today. In Palm Beach County, five middle school students are facing charges for throwing a ‘rock’ at Donald Trump’s motorcade. The news made me wonder as to what prompted these young kids to undertake such a risky job. I mean we all know how strict America’s policies are and Trump is not like his predecessor, Mr. Barack Obama, who was lenient towards his people. But here my point is that expressing your angst in a such a way is required? Young minds are creative, and they can be molded in any way, but do we need to be fashioned in such a way that will have an adverse impact on our society or we should focus towards constructive an all-inclusive society where there will be no discrimination amongst the people. I would rather suggest the latter, as we have seen in the history that wars are never constructive, but they destroy what is already built after many efforts.

My readers are the young people, who are the future of this society and therefore; I request you all to please do not follow the herd and act impulsively but to look upon things, analyze them and then take a rational decision for the betterment of our future. This post contains the personal views of the writer, who works for Make My Assignments. Please consider this post a retrospective discourse and the next time you may be approached for any such political involvement, think carefully and then act accordingly. Making a career in politics is always a good option, but politics requires an individual to be very attentive, therefore; use your intellectual capabilities every time you are asked to participate in a political movement. For college assignment assistance, please contact makemyassignments.com.

Plagiarism issues in assignments and how to deal with them

What does plagiarism mean? When a person uses another’s work for his own without giving…

Common writing errors that mar the overall quality of an assignment

In your academic life, you will face a situation many times wherein you have written…

Rise of Mental Health in college students: symptoms and treatment

According to Higher Education Research Institute at UCLA, expectations, stress and social media are putting…