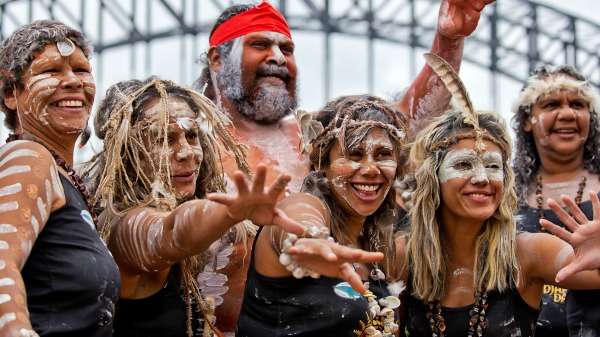 Torres Strait Islander and Aboriginal people hold a special identity as original residents of the land in Australia. Around the world, many different communities and individuals, maintain a strong relationship with their tradition, language, historical land, and culture along with contributing to environmental management, economic development, and cultural identity of Australia.

Under International law, distinctive rights are held by Torres Strait Islanders and Aboriginals as Australia’s first people. This Reflection assignment basically focuses on analyzing the sociology-demographic characteristics of the Aboriginal community of Australia in a concise manner. The difference between Aboriginals and the broader Australian community is also highlighted in this paper, which helps in identifying the reason behind the special identity of Aboriginals. This Reflection assignment also reflects one of the main issues faced by this community.

Australia’s indigenous community has been termed as Australian Aboriginals. Their existence could be marked somewhere around 50,000 years ago from Asia to Australia. And around 20,000 years before that it can from Africa to Asia. The people from the Aboriginal tribes scattered around the globe at the time of settlement of white people in Australia. It was said that these different tribes spoke 250 different languages. The culture of the Aboriginals was considered to be rich and expressive. During 1788, thousands of Aboriginal people suffered from major diseases, including smallpox and died in huge numbers. So, these tribes were then forced to drive off their lands to the ground of other tribes. Their population came to as lowest at 93,000 in the year 1900.

Art: The art of the Aboriginals community has a historical influence of thousands of years. The artists of this community tried to continue such traditions by using traditional and modern materials in their network: the dot-art and watercolor painting of the Aboriginal community as taken an important place at the international level.

Beliefs: The community’s oral tradition is based on the reverence for the land and their trust in dream time. They also consider death as an evolution to a new good life for an individual. Some of them also believe in having one or more soul in a single person.

Comparison between South Australians and Aboriginals

Culture: Most of the South Australian people are Christians. They follow their own traditions which have become popular by using modern advancements.

Accent: The accent of the South Australian people is completely different from that of the Aboriginals because of their atmosphere, environment, and educational backgrounds. They speak the most fluent and finest English in the whole world while the Aboriginals prefer to speak their own different languages, which are around 250 in counting.

Education: South Australian people are able to get the opportunity of higher education because of the appropriate privileges they get. But due to the traditional cultures and inappropriate opportunities for education, the Aboriginals are unable to get basic education to increase their standard of living.

Acceptance: South Australians are treated with more respect because of their well-mannered behavior and knowledge. On the other hand, the Aboriginals due to their poor living conditions and lack of knowledge are not treated with the same respect and dignity.

The Aboriginal community still adhere to their principles of old tradition and culture. The community does not accept the modern tradition or common culture as followed by Australians today. Therefore, such communities face a number of issues to survive in the present world scenario. The children of this community do not go to schools, and instead, they are taught hunting (boys) and cooking (girls). They are also not aware of the common English language. Their way of talking, traditions, culture, language, and ways of thinking are still not developed.

Due to poor living conditions, Aboriginal children are not healthy enough and are prone to many different diseases. Thus, Australian children generally not prefer to talk to them or help them in any way.

The lack of education amongst this community has become a social issue as this leads to a lack of development and growth. Society treats them in a bad manner and thinks that they are not capable of performing well in academics and their career. So, they are not able to compete with the fast-changing world and its technologies. They are also not aware of their well-being and healthy living.

Teaching material in English: In most of the rural areas, where the Aboriginal people live their first language is not known to be as English. Therefore, they face difficulty in learning.

Irrelevant context: Most of the stories told in the classroom are not related to the lives of Aboriginals, and hence, these stories are of little or no use.

Absence of Aboriginal history: The textbooks are given to children at school, usually include the context related to the non-aboriginals. Thus, the students are not able to relate themselves to the learning patterns.

Lack of Aboriginal teachers: The non-aboriginal teachers at school are not able to teach with a very broad range of concepts related to the culture of aboriginals, and therefore, the students find it difficult to learn.

Uneducated parents: Most of the parents of these Aboriginal children are not educated. Their mentality for education is a great barrier for students as they think that if for once their children are sent to school, they would never come back in their lives.

Bad experiences: Parents and their children might have bad experiences at school or some other institute, that acts as a barrier for them at learning and attending school.

Overcrowding: The places where these children live are usually overcrowded, and they face difficulty in learning and doing their homework. Therefore, crowded streets and areas become a hurdle for education and concentration.

Poverty: Aboriginals suffer from poverty, and therefore, they lack services of proper medical care and even education.

Try these techniques to teach ODD students in your classroom

You will come across many kinds of students in your career as a teacher. Some…

How to defense your Dissertation

When you are doing your doctorate, you have to write a dissertation. Once the college…

Why is it difficult for students to submit assignments before deadline?