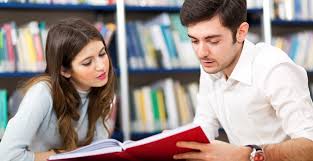 The USA is facing more problems than what shows through. For one, the number of middle class families is hollowing out with each passing day. In fact, for the first time ever in all of history, only less than half of the US households were middle-class people. What does this mean? The number of upper and lower class families is only increasing with each passing day, and this has more serious complications and consequences that what one can imagine. For instance, the disparity between the rich and the poor is widening as a result of these socio-economic changes, which is making it increasingly difficult for the economy to thrive and prosper.

Let us take a moment to analyse the reason behind such a change. More and more jobs are opening for mainly two sectors: one for the highly educated masses, who grow on to become doctors, engineers, etc; and second, jobs that do not require educational qualification, but only skills. Laborers, daily wage workers, etc. all broadly fall into the second category. In such a scenario, where do the middle class children go… those children who have some level of education, but those who have not been able to complete their Masters or PhD for some or the other reason.

As a solution to this recurring problem, the idea of providing an individual tutor for every child who performs below the average level was suggested.

How can such a measure help to brighten the scenario of the dwindling number of middle class households is the question which now comes to the mind.

Here are some facts that address this query. To begin with, receiving low grades in elementary school predicts greater chances of a drop out in middle school. Moreover, if one receives more than one failing grade in a core academic course during ninth grade, then the child may also go on to drop out during high school. In these cases, tutoring can make a whole lot of difference. Providing access to tutors will help to improve students’ grades, which will lower their chances of a drop out due to poor results. This means that the students will be able to complete their further schooling, which would in turn increase their likelihood of finding employment later on in life, and make them capable of earning a family-sustaining salary.

It is being planned to scale up these tutoring models through a variety of different programmes, such as national service initiatives, fellowships, volunteers as well as high quality virtual tutoring. However, the US education system will have to dramatically scale up the effectiveness of these models in order to provide a high quality tutoring experience to each and every student performing below the grade level. This, however, means that they would have to use their federal funds other than the existing local and state funds in order to finance these programs.

A lot of research has been conducted in this particular field, and there is extensive support for the effectiveness of individual tutoring. After being influenced and convinced by these researches and meta-analyses, tutoring was finally incorporated into the No Child Left Behind Act of 2001, in a program which came to be known as the Supplemental Educational Services, or the SES. 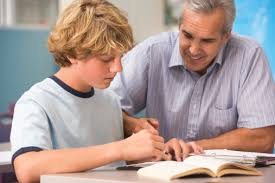 SES looks good on paper, but there are many implementation problems that it brings along. Some of these include low participation rates and a failure to manage and control the quality. In addition, the SES programme often uses a lot of funds, leaving lesser funds for other programmes. Scandals and frauds also became quite common under this Act, such as violation of federal regulations and hiring of tutors who had criminal records.

Eventually, this tutoring programme was phased out, and was ultimately scrapped altogether later on under the Every Student Succeeds Act (ESSA).

Despite all these problems and issues, the research base for tutoring has tremendously grown in the past decade or so. Studies have produced lots of facts that greatly favour independent tutoring, and thus this kind of an educational system is being preferred. Chicago students who received high-dose math tutoring could easily gain two and a half times the amount of math learning as compared to what they could in one year. In Lawrence, those schools that had implemented the SAGA tutoring program rose in position from the lowest-performing ones in the state to the top 7 percent of all schools in Massachusetts.

After looking at the positive results of such a measure, one can easily ascertain how beneficial such a programme is going to be. Even in cases where the programmes are less structured, and the teachers are not much trained, tutoring has notable effects on student performance. Individually tutored students are in a better position to increase their grades, and are more likely to pass their classes. Additionally, such kind of tutoring becomes much more effective when the students are tutored by their classmates or by older students. Even if the training is by teachers and is not done at a relatively personal level, high-quality tutoring has great scope for differentiation among students on the basis of their learning levels, something that even very passionate and experienced teachers cannot attain in a class of forty, no matter what. Moreover, for students who for some or the other reason, do not have access to any kind of academic assistance at their home; such an initiative is a boon. It enables them to obtain tailored instructions in the school itself, and also levels the playing field for all students, thus closing the achievement gaps and creating hopes for a better future.

How to get Permanent Residency in Australia?

Research was and is still the basic foundation of university education. Though the terms for…

When it comes to academic writing, language is considered to be an important tool for…