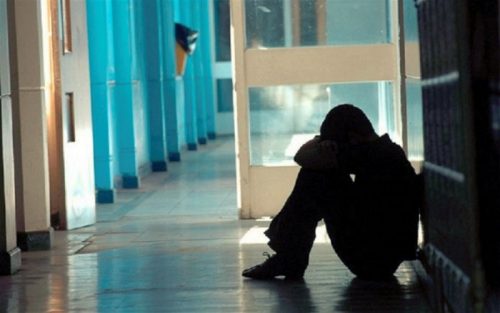 Government policies alone cannot work efficiently to stop bullying at school. Witnessing an increased number of cases of every year, makes it crucial for the universities and schools to upgrade to some stricter methods that can actually prevent this from happening. Kids at school might repeatedly bully an immigrant classmate for his cultural differences, or there can be cases where middle-school girls are suddenly being insulted and excluded for no reason by their group of friends, and this needs to be stopped as soon as possible because it poses a longer traumatized infliction on the students.

Bullying occurs everywhere, even when the authority is not aware of it. From elementary schools to highest performing schools, everyone gets involved in this act of intimidation, which can cause greater effects to both the targets and the bullies. Sometimes, even the ones witnessing such acts go across moments, where these horrid memories imprint a stark impression of terror on their minds.

As we’ve discovered from some reports that not all approaches to bullying prevention are quite effective in nature, it becomes really important for the universities to look into this matter carefully before more students get affected from it. Most of the prevention programs merely focus on raising awareness among students and administering consequences. But the programs like peer mediation that somehow places responsibility on the children itself to work out things raised in the conflict can actually increase the intentions of bullying. So, here we’ve provided two approaches that can help universities reduce bullying at their campus.

Though it can be hard to define a positive school environment, but in the most common scenario, the positive climate at school fosters the healthy development of a child whereas a negative climate is associated with higher rates of violence, aggression, bullying, victimization and feeling unsafe. Next, are the teachers, which are somehow the role-model figures for students. According to some reports, students point out that their teachers miss most of the incidents of bullying at school and fail to help students when asked. And according to teachers, it is the feeling of unpreparedness that stops them from dealing with classroom bullying. On the other hand, some teachers bully students themselves, based on their academic performance, class, race or any such case scenario. Even, at times, they fail to show empathy towards students who are bullied by their classmates. So, instead of all this happening at school, teachers should promote a positive environment in their classrooms, where their students feel protected and are kept safe from such measures taking place at school. They should always guide their students whenever they feel detached, and help them come out of the situation is crimes like bullying happening at school.

Social-emotional learning is a well-known concept that involves teaching skills like self-management, responsible decision making, social awareness, relationship management and self-awareness. According to some reports, we’ve witnessed that effective SEL (Social-Emotional Learning) approaches have improved the emotional well-being of students, classroom relationships, self-regulation, and thousands of kids have benefited from it. It also helps reduce the problems that kids face these days, including disruptive behaviors, bullying, anger, violence, hostile attribution bias, conflicts, aggression and even emotional distress and depression.

With the help of SEL approach, schools can help foster a supportive and positive environment, which happens to inculcate less aggressive and more behavioral self-control techniques among students. At times, teachers might also benefit from SEL approach. Those with social and emotional skills have higher job satisfaction terms and less burnout; they tend to show more positive emotions towards students; manages their classrooms better; and use more such strategies that cultivate autonomy, choice and creativity in their students.

At the end, it is not just the schools that can help prevent bullying at school; even parents need to look out for their kids in a manner that they do not become a part of either victims or bullies. For this, we need a substantial shift in our mindsets where we consider the importance of our kids, their life and their feelings. Children are more likely to thrive when we nurture their humanity and well-being, and offer them approaches and strategies that can help them identify, relate, express, and regulate their feelings.

Why is Nutrition necessary for Proper Healthcare?

Nutrition plays a very important role in everyone’s life, especially when it comes to influencing…

Tips for Writing an English Essay

In their academic career, students are often assigned with different types of tasks and assignments…