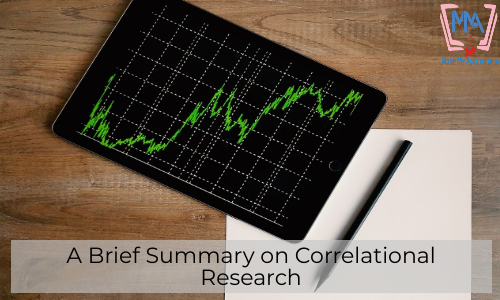 Correlational research assignments are often assigned to students who pursue their career in psychology. Under this type of research, a special relationship is established and analyzed between two variables, which has no connection with any other extra venous variable. The whole process is categorized as a non-experimental research method. And under this approach, you must identify a proper statistical relationship between the two variables that can further justify a particular argument.

Correlational research can be defined as a process where a particular logical relationship is established between the two selected variables. When students are assigned these kinds of assignments, they are told to identify these two different variables that share a common relationship and interactive platform while conducting research. Some of the major instances to be performed while conducting correlational research are-

A person performing correlational research for his/her assignment can derive three types of results based on the concepts of this research. Some of the well-known characteristics of these types of results are-

Under this scenario, the researcher selects two variables, which are somehow connected to each other. When the variation is done on the selected variable, we could witness a significant and similar change in the other variable.

For this case, the two selected variables do not share a particular statistical link. However, there is a significant and opposite impact on another variable when change is made to the selected variable.

One of the easiest ways of identifying the link and relationship between the selected variables is with the help of conducting surveys and providing questionnaires. Surveys could be conducted via various platforms that majorly include phone calls, emails, social media texts and content, and so on. The responses obtained from various people should be included in a proper sample set, and they should be analyzed well to obtain a common interest or trend. This analysis will further help you in understanding the link and relationship between the variables.

Observation under the natural setting

However, it is the approach of questionnaires and surveys that is conducted more frequently under the task of correlational research. This is because it brings a high level of flexibility and brevity to your approach. Apart from this, the major setback of using it is compromising the accuracy and credibility of the whole research that would further provide an incorrect response to the researcher.

So, this was all about the correlational research method that is significant for students undertaking this approach for their study. In case you need help regarding your research papers or assignments, feel free to contact our online research assignment help service for professional help and guidance.

How to Write the Introduction of an Essay?

Motivation is the fuel that keeps us going.  Motivation and encouragement makes an individual strong-minded…

Advantages of Permanent Residency in Australia